I've been on LJ as

cynesthesia for quite a long time. Since that's my personal journal, I've decided to set up a separate account for my art and craft work. This site is under construction and may be for some time since I.am.slow. when it comes to internet activities. I also had stopped making art for several years and am in the process of finding my feet again.

If you don't have a livejournal account (they're free), you can still comment. There will be a delay of a few hours for screening then it should be visible.

Thank you!
Last minute getting ready for June 1 Open Studios is the usual chaos, clutter and panic. This will be my third year taking part. Last year saw a huge increase in traffic, so lets hope the same applies this year.

In the past few weeks I've been working on abstract paintings as well as small 4x6 collages mounted on 5x7 cardstock, ready to frame or send. Here's a (very) recent one. Plus two others side by side. 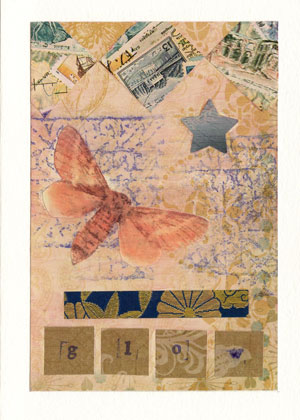 I think Mother's Day may have put a damper on the foot traffic today as people spend time with their families. It's been fun having people in and my studio will never be this clean again.

1 Six small acrylics that as a group are part of what I think of as Another Cancer Memoir. More background about that below. 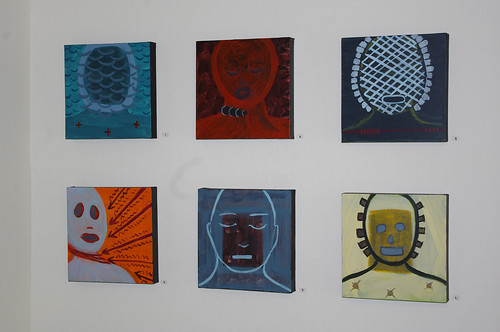 I once heard a reviewer refer to a book as “another cancer memoir”. There are probably as many cancer memoirs that could be told as there have been patients.

These six paintings could be thought of as part of my cancer memoir, more particularly of the 35 radiotherapy sessions I had in 2010 for tonsil cancer.

The treatment involves wearing a closely fitted thermoplastic mask that’s bolted to the table so the patient doesn’t move, a surefire way to awaken anyone’s latent claustrophobia. There was a lot of time to think under there. And as time went on there were a lot of side effects, including radiation burn.

I tried to visually express my reactions to the treatment, the individual under the mask and what happens to identity when it’s submerged, whether it be due to fighting a disease or some other demand for effacement life hands us. 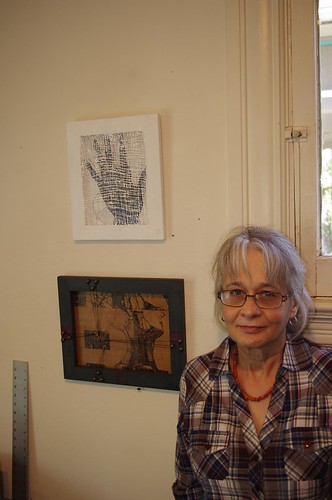 http://www.flickr.com/photos/26655976@N07/7191336732/in/photostream
I've had no sleep, Dennis is out getting ice, and I still have to print out the list of works. However, I was able to finish the series of small paintings in time. Another shadow box is nearing completion, maybe by tomorrow. It's only 11:45, but looking forward to having some visitors soon.
Getting ready for the Silicon Valley Open Studios this weekend, May 12 & 13 from 11 a.m. to 5 p.m. New paintings and mixed media works!
It's been a tough year, hence this website is still under construction. I hope to see you at Silicon Valley Open Studios.
Collapse